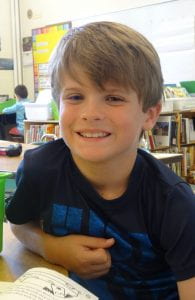 Dogs That I Had
When I was not born my dad and mom had two dogs. Their names were Caesar and Gigi. I will tell you about Caesar. He was a pug. Caesar is my dad’s and my mom’s favorite dog. They had so much fun together. I think I was born now. So Caesar was
very old, he was in pain. He did not want to walk. We took him to the vet and we had to put Caesar to sleep till he dies. So we did NOT want to put him asleep but we had to, so we did. It was very sad. Now it is Gigi’s time. So we had Gigi when I was born.
When we got Gigi, I was young so I tried to ride him. a lot! We had a lot of fun with Gigi. I forget what type of dog he was. When Gigi was old,  my mom (sadly) left the gate open and Gigi ran away we tried to find him but we could not! :(.